Abay began to lose his hearing in his early childhood. At the age of 2 years and 4 months, he was diagnosed with profound bilateral hearing loss. He wore hearing aids that did not give him the desired effects, so 4 months later he was implanted with a cochlear implant on the right ear. He went to public schools, attended additionally only speech-therapeutic classes.

He became interested in music at the age of 9, when his mother took him to a music therapy and piano lessons. The teacher noticed Abay’s musical abilities at once. Currently, he is a second grade student of Primary Music School. He likes to play the piano the most, but he is also interested in many other musical fields. Abay loves music and says that "the world of music is wide and diverse, and music can reveal the soul." He is very happy for implantation, has many friends, lives a full life. In addition to making music, he likes to play chess and swim. 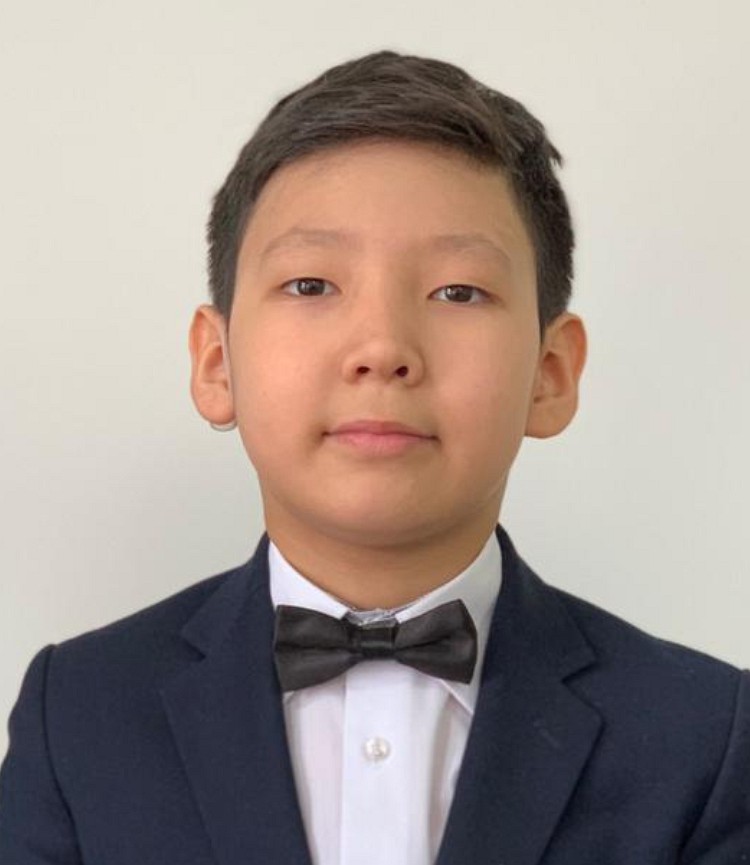