He was born in Jaworzno. His first trombone teacher was Jan Jarosz, then Ryszard Bednarek and Zdzisław Stolarczyk. He graduated from the Music Secondary School. K. Szymanowski in Katowice in the class of Bogdan Kantor. He graduated from the Academy of Music. K.Szymanowski in Katowice. In the years 1982-86 he was under the protection of prof. Jan Górny. In 1985-89 he performed at the Entertainment Theater in Chorzów, 1986-90 at the Silesian Philharmonic, from 1990 at the National Philharmonic. In 2014, director Jacek Kasprzyk appointed him the soloist of the bass trombone National Philharmonic. Krzysztof was the laureate of the first prize of the Competition of Brass Wind Instruments in Gdansk in 1986 in the category of trombone and horn. For twenty years, he was in the office of his Guru and friend Ardash Marderosian, the first trombonist of Chicago Lyric Opera. He collaborates with the Polish National Radio Symphony Orchestra, Sinfonia Varsovia, TW ON, the Pomeranian Philharmonic, and the Polish Radio Orchestra. In 1996, he played in the international Sinfonia Helvetica orchestra under the direction of G. Nowak and a soloist K. Zimerman. Since 1997, he has been playing trio together with A.Sienkiewicz - tenor trombone and G.Gorczyca-piano. In the years 1992-94 he was an instrumental instructor at the orchestra of the Jeness Musicales. From 2018, he is a trombone teacher at the Music School No. 1 in Warsaw. He is the founder of a trombone octet made up of musicians from the Silesian Philharmonic, the National Polish Radio Symphony Orchestra and the National Philharmonic. In 2018 he recorded a live record with musicians from National Philharmonic in the "Tang Circle". He is an artist of Groupe Buffet Crampon. Playing the B & S Sarastro bass trombone. 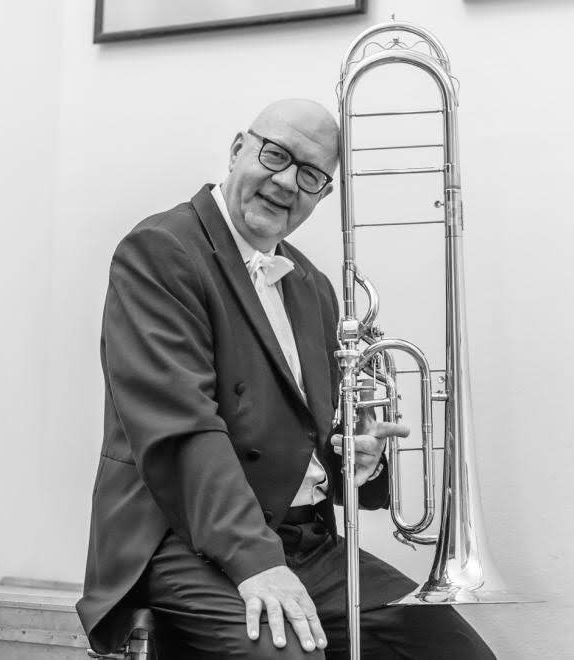