He began to learn playing the flute at the age of 10 with Prof. Marian Jamroży. He is student of Jerzy Chudyba, for many years the principal flautist of the Symphonic Orchestra of National Philharmonic. He has been awarded a diploma of Fryderyk Chopin Music Academy in Warsaw in the flue class of Prof. Elżbieta Dastych-Szwarc in 1989. He has attended master classes led by the fautists such as Pierre-Yves Artaud, Robert Aitken, Peter Ode. Since 1988 he has been working in the Symphonic Orchestra of the National Philharmonic. While performing with this leading European ensemble he has played concerts in Poland and abroad – with the most outstanding artists, conductors and instrumentalists. He ha also played with orchestras Sinfonia Varsovia, Leopoldinum, Amadeus, Sinfonia Viva and the Polish Radio Orchestra. In 1989-93 he collaborated with the pianist Robert Skiera, with whom he played concerts in Poland and Germany. He was a member of the Wooden Wind Instrument Quintet „Da Camera” (1991-94), they twice toured USA, Germany, the Czech Republic, Switzerland and recorded a CD „Polish Music” nominated for the Fryderyk award. Krzysztof Malicki is also active as the animator of music life. He was one of the originators of the concert series „All the Saints” and „Music at the All Saints” connected with construction and promotion of the pipe organs in one of the largest churches in Poland. On 24 August 2011 he was decorated by the President of the Republic of Poland with the Silver Cross of Merit. He was elected by the General Assembly of Delegates of the Association of Polish Music Artists as the Secretary General of the SPAM Audit Commission for the term 2012-2017 he is holding the function of the Chairman of the „Solidarity” Workers > Committee of the National Philharmonic. 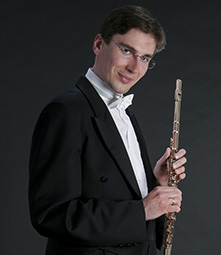